Find below the collection of our published blog articles. You can filter articles by our services, technology and year published. 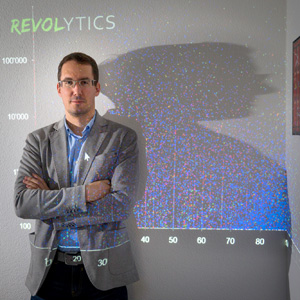 What a lucky launch: Just three months after the founding of REVOLYTICS AG an interview about us including a photo gets published in the business section of SonntagsZeitung. The article was written on the eve of this year's World Economic Forums (WEF), in which the implications of digitalization are in focus. Contrary to the recent Handelszeitung article by the WEF-Founder about the dangers of digitalization, this article describes new professions actually created by the increasing digitalization. Of course I was happy to give some insight into my job as a Data Scientist.